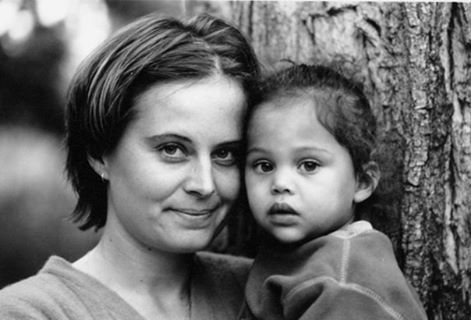 THIS IS A ROUTE BLUE BOUY STORY FROM ARTIST NANCY PEACH

Michelle Loughery-ROUTE BLUE WAS AN Inspiration for Marin City Project

Nancy’s words…..”I traveled to Canada in year 2003 to learn how to run a non-profit arts program for the youth in my neighborhood. I read about Michelle Lougherty and had to go learn about her Mural program in Vernon, British Columbia. I interviewed all the youth about their experiences and met one of Michelle’s students, Jessie and her beautiful daughter, who gave me permission to photograph them.”

Nancy Peach “The lives that are touched by art is priceless. Jessie C. Brown and her amazingly beautiful daughter were an inspiration for my Marin City Arts Project. To bring the Arts to the Youth!”

The Waldo Grade is a highway grade between the Golden Gate Bridge and Marin City along U.S. Route 101 and State Route 1. It is defined as the stretch of roadway between the Spencer Off ramp and Marin City, within the city of Sausalito.[1] This grade is traversed by a full freeway multi-lane highway facility. This portion of US 101/SR 1 is an important link in surface transportation connecting the city of San Francisco to Marin County and the North Bay. Nearby locations to the Waldo Grade include: the city of Sausalito, the U.S. Army Corps of Engineers Bay Model, The Marine Mammal Center and the Golden Gate National Recreation Area. It, and nearby Waldo Point along Richardson Bay between Sausalito and Mill Valley, is named after 1850s California politician William Waldo.